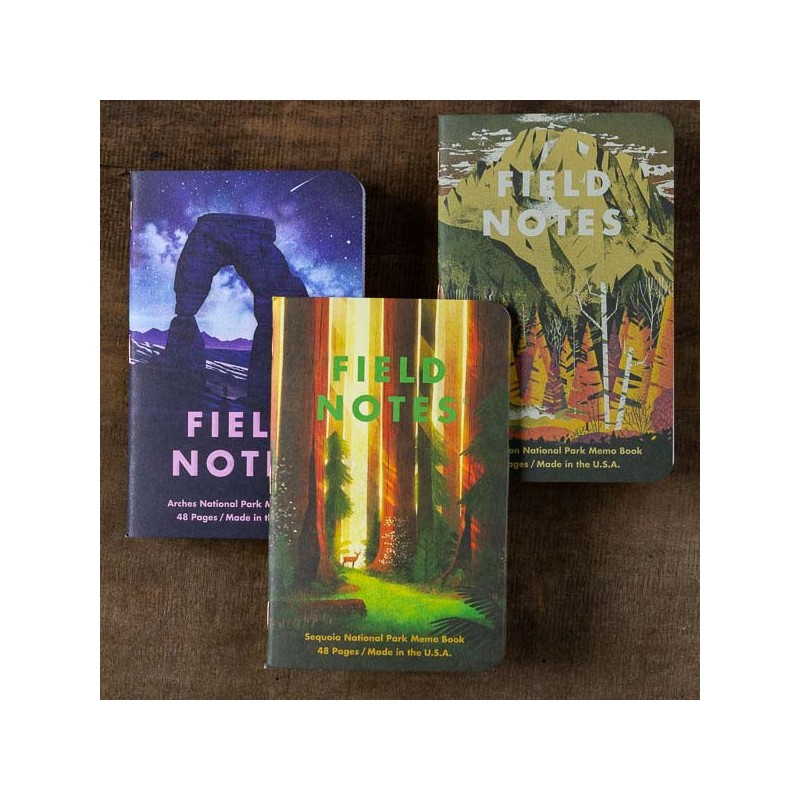 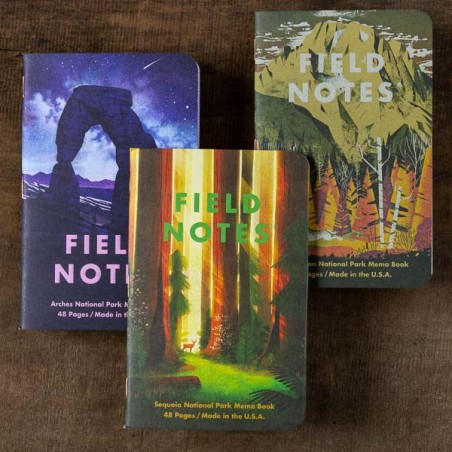 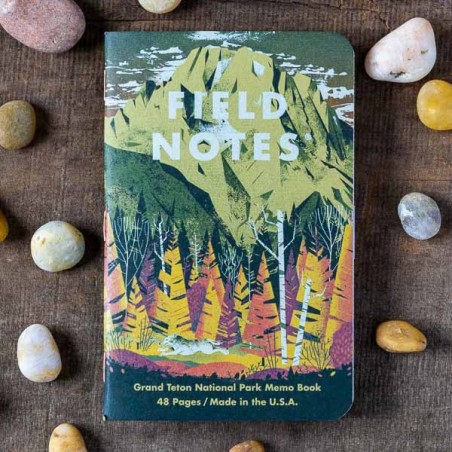 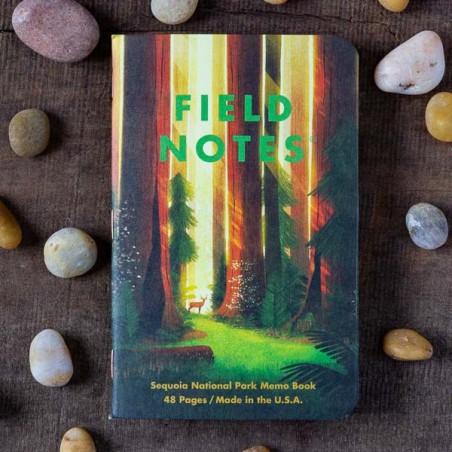 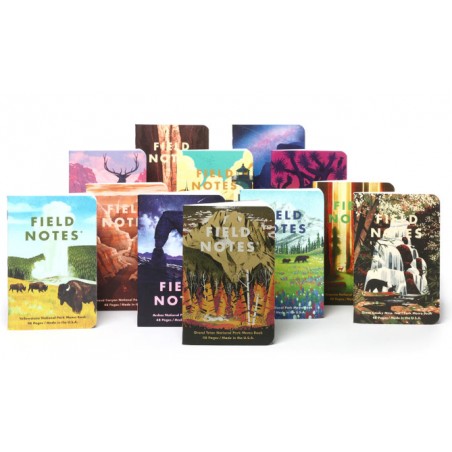 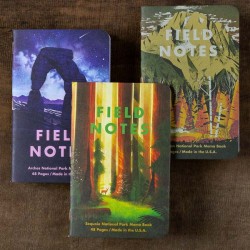 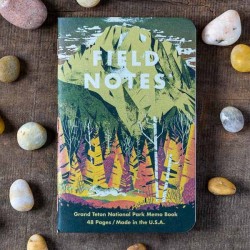 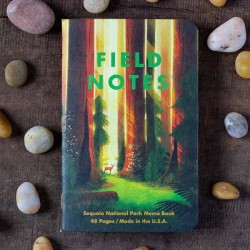 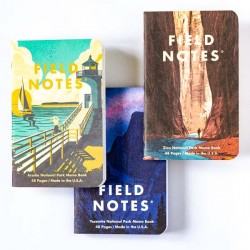 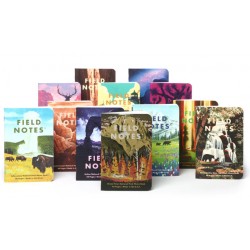 Since the early days of Field Notes we have been searching for just the right way to create an edition celebrating America’s National Parks. When we saw the work of the artists of The Fifty-Nine Parks Print Series, we knew exactly what to do. We’re proud to present this collaboration and invite you to check out three 3-Packs and 52 million acres of American treasure. We’re donating five percent of retail and wholesale purchases to the National Parks Service, to help preserve and expand on our nation’s best idea.

Gorgeous illustrations of nine iconic National Parks are featured on the covers of nine Memo Books, which are grouped into the three 3-Packs that make up the “National Parks” Series. Choose your favorite 3-Pack, or start a Field Notes year-long subscription and you’ll receive all three of them in your first shipment.

The covers are printed on a variety of colored 100-lb. cover stocks from the French Paper Company of Niles, Michigan, using a custom, five-color process that started with under-printing white ink. This allowed us to incorporate the color of the paper into the artwork. The illustrative styles, the printing process, and the copper staples recall the heritage, and archival promotional materials and publications, of the National Park System.

Based on 2 customer reviews 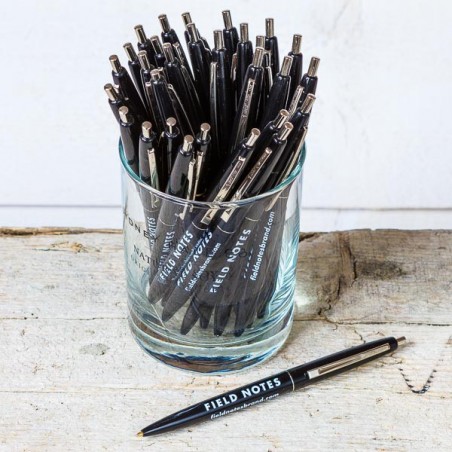 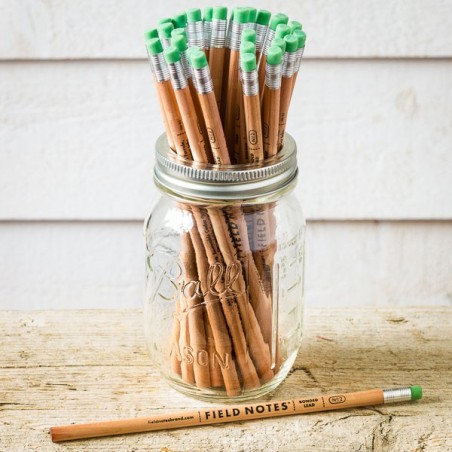 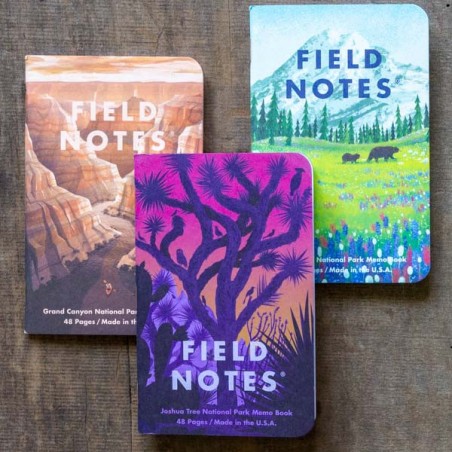